All shows are at 8pm, unless otherwise indicated 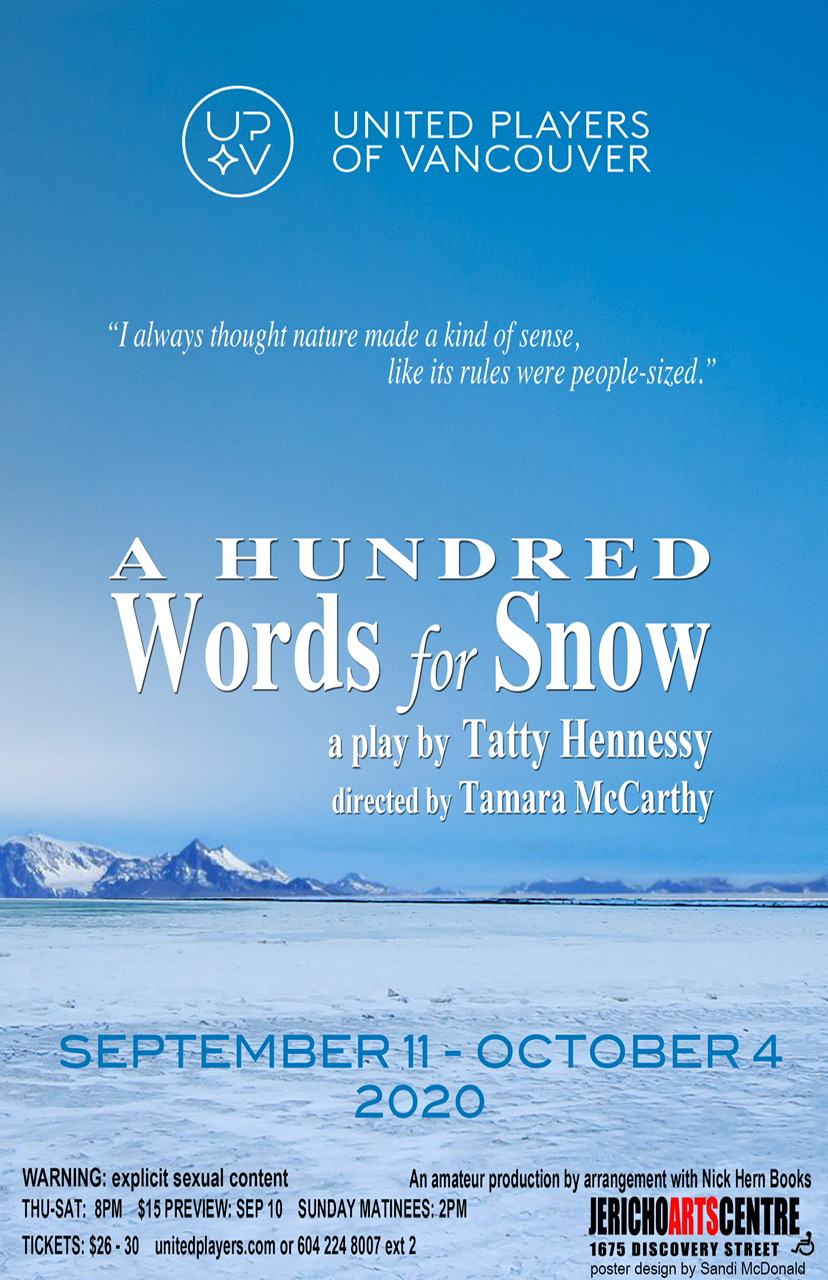 When Rory’s father dies, she decides to undertake the journey to the North Pole that he always dreamed of taking himself. Drawing on the explorers of the past, Rory undertakes the journey of a lifetime. This one-woman play explores global warming, growing up, and what it means to venture into the snow.

* an amateur production by arrangement with Nick Hern Books. 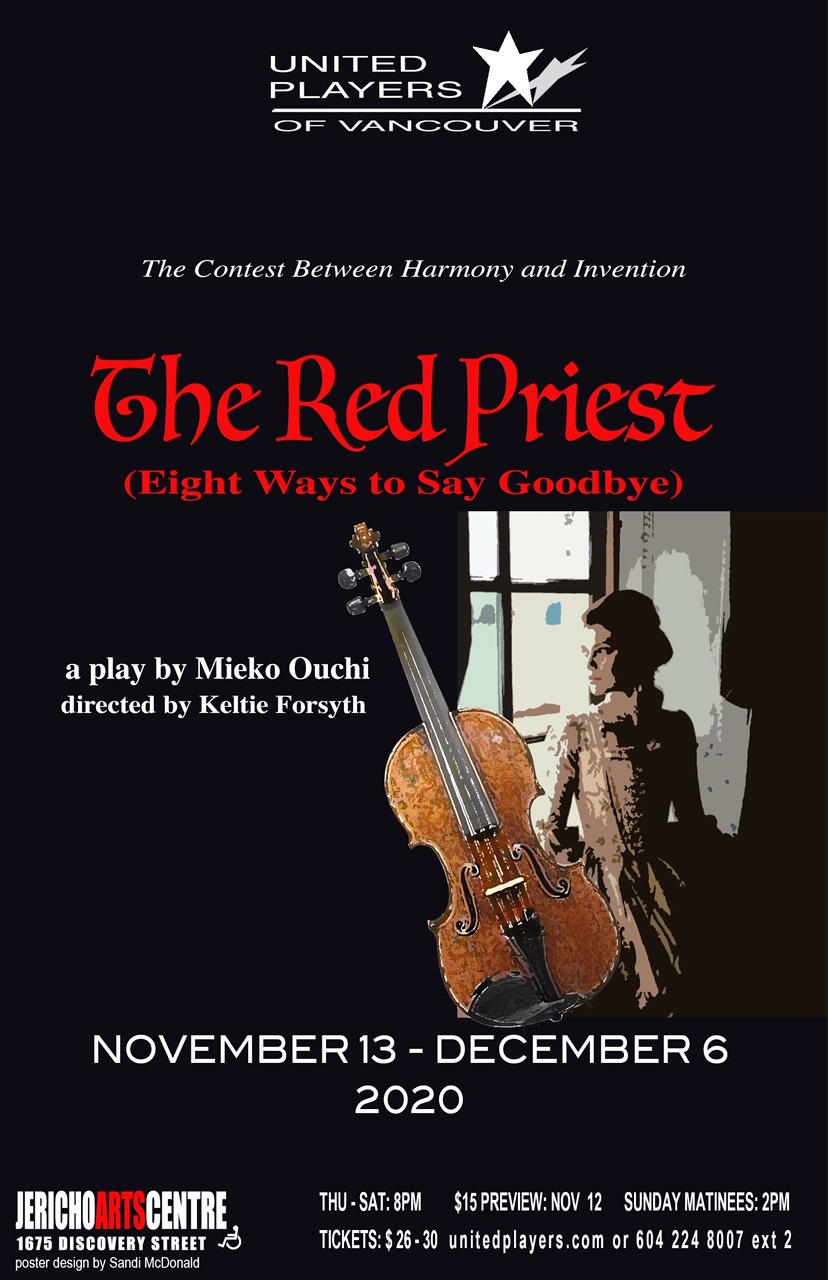 In 1740, Antonio Vivaldi is commissioned to teach a woman to play violin before the King of France … in six weeks’ time. Is such a performance possible? And why would either agree to this? In this lush and resonant play by Canadian Mieko Ouchi, the challenges of teaching and the beauty of music are laid bare.

What the Buddha Never Taught by Martin Adam 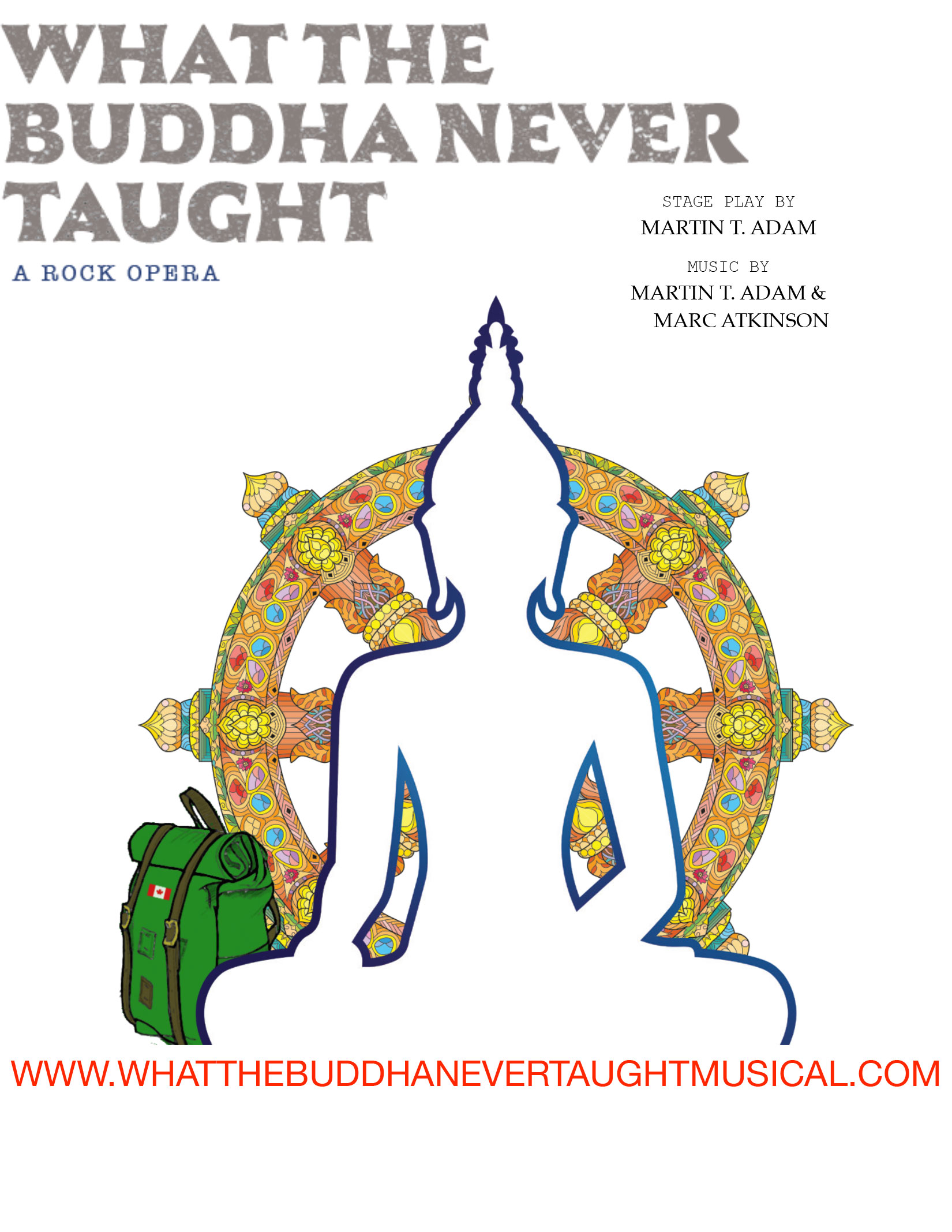 What the Buddha Never Taught is a musical celebration of the western encounter with Buddhism. Based on the book by Tim Ward, our story is set in a fictional international monastery populated by an assortment of western practitioners. The play takes audiences on a high-spirited musical ride through uncharted philosophical and spiritual waters. Eastern and western horizons fuse and open into silence.

A suspicious suicide greets an idealistic Canadian philosophy student upon arrival at an international Buddhist monastery, upsetting his plans for a life of quiet meditation. Intimations of murder, romance, and religious fascism wreak havoc in the young seeker’s mind as illusions are shattered and enlightenment achieved. 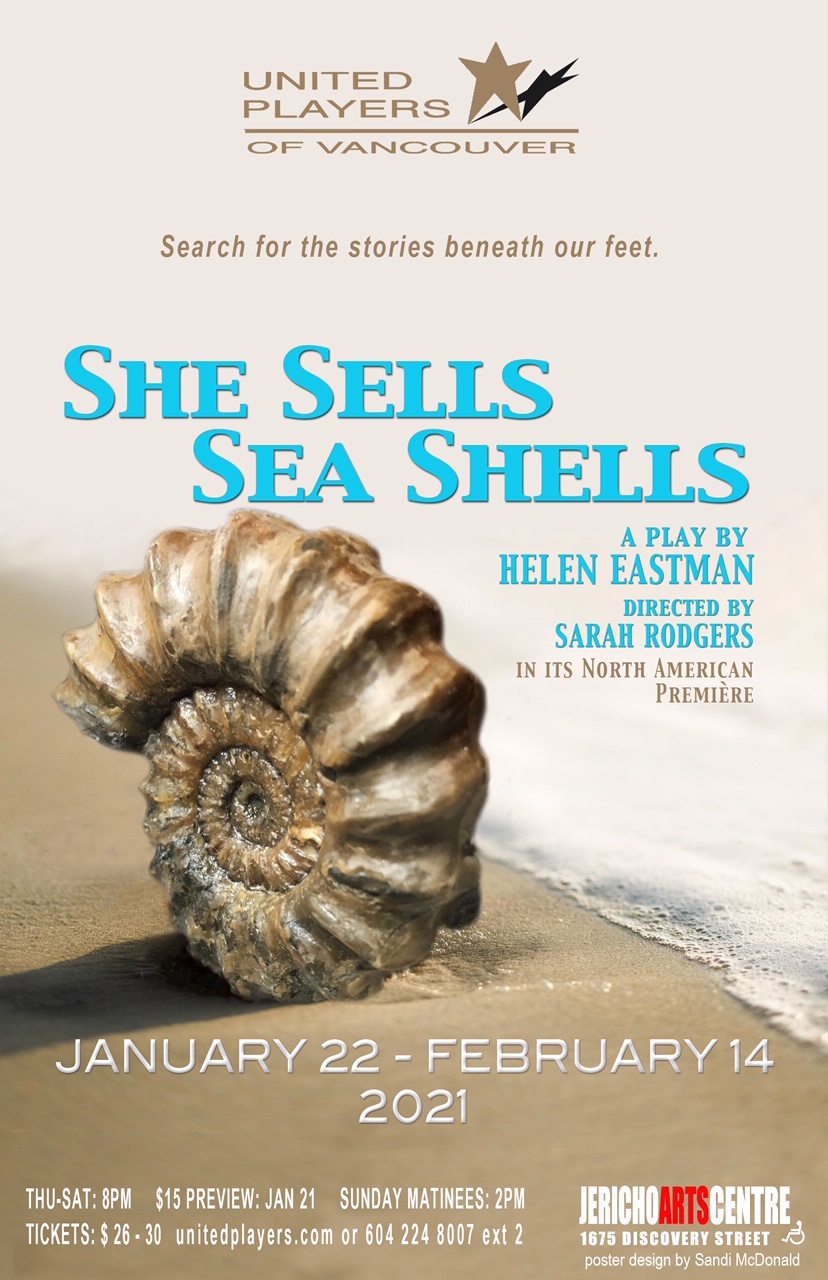 When she was twelve, Mary Anning discovered the first ichthyosaur, and she became an important, if forgotten, paleontologist. Known primarily from the children’s tongue-twister that she inspired, Anning’s life challenges us to see the beauty buried in the stones beneath our feet. 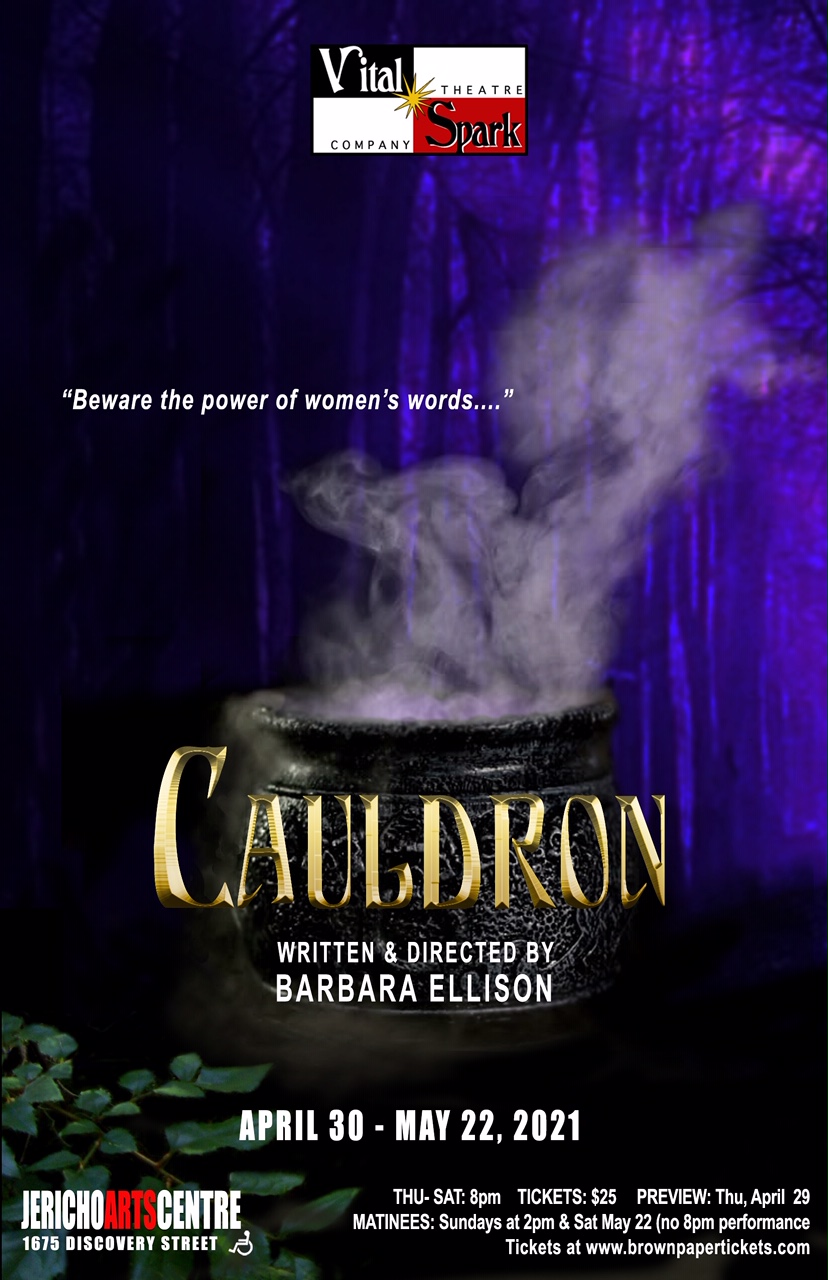 A wild woman on a blasted heath tells Macbeth that he will be king. Who is she and why did she say that? Morag MacDonald – a midwife and healer – must take responsibility for that ominous prophecy, so when she finds the old scold’s bridle she was once forced to wear, Morag must first set the history straight and then fight to keep Macbeth’s ambition in check. 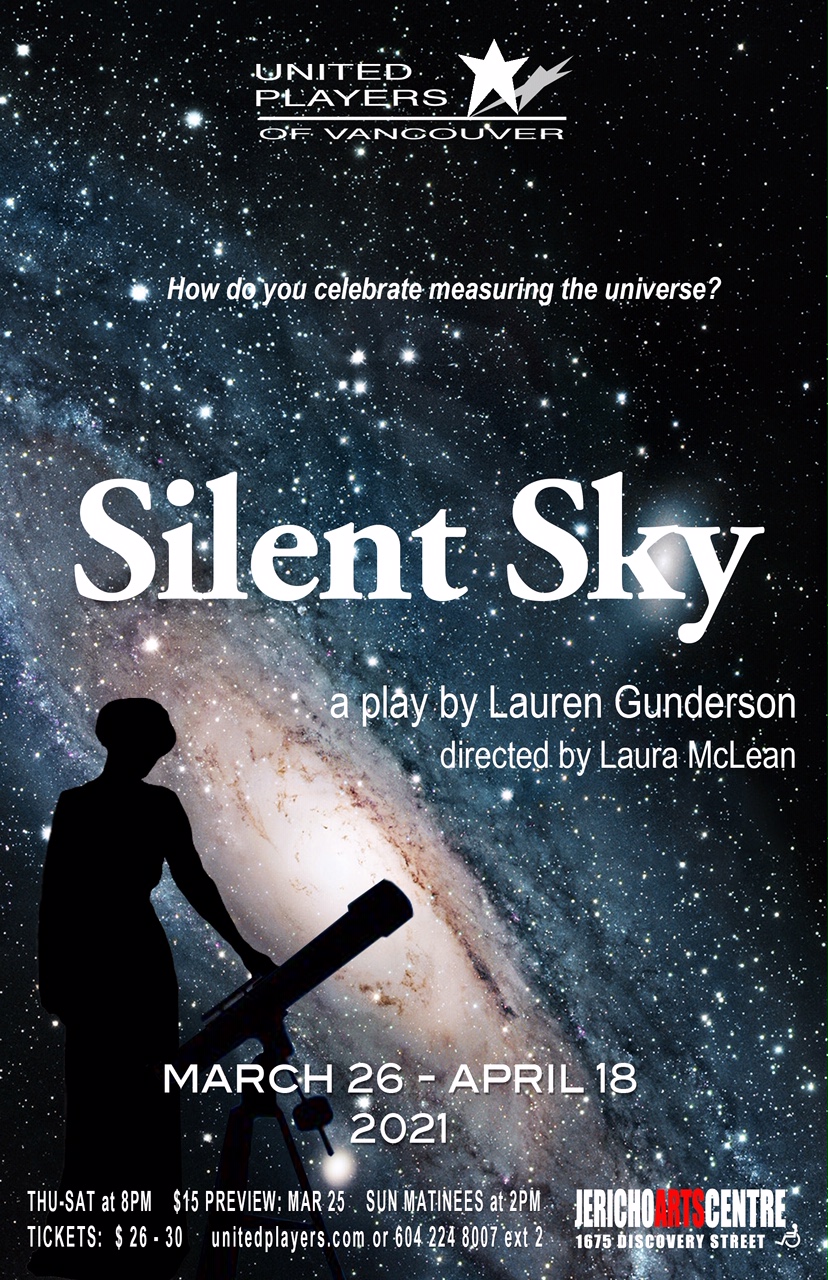 Henrietta Leavitt worked for the Harvard Observatory as a human computer in the early 1900s, in the course of which she discovered how to measure the distance between stars. Silent Sky explores the sacrifice and passion she brought to our understanding of the universe. 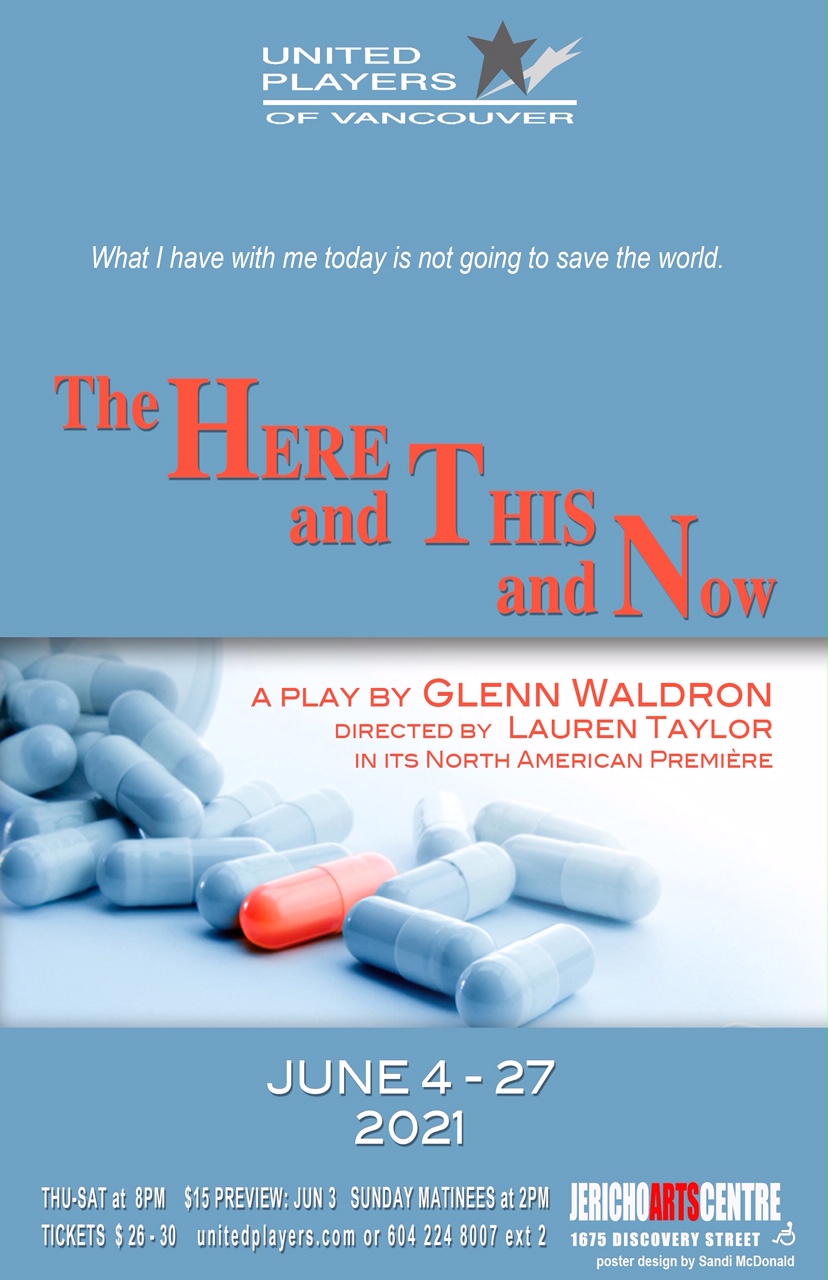 Four pharmaceutical reps work on their pitch for the miracle drug they are asked to sell. This play lays bare the ethics of marketing medications, where style and substance must compete with each other. Things take a darkly comic turn when it turns out the drug could have saved the world.